Max Burger CT is pleased to welcome one of the most successful breweries in America to the Connecticut market.  Boulevard Brewing, out of Kansas City, MO, has been brewing beers since 1989, and has grown to become one of the largest craft brewers in the mid-west.  They are now reaching our shores here in CT, and since we have one of the most well-sipped beer populations in the country, we welcome them with open arms.

Max Burger has received the first shipments to hit CT, and will be tapping the beers starting tonight and through the week.  We have to say that these beers are fabulous, and we have enjoyed them on our lines and in bottle at the Max Burger location in Longmeadow, Ma, since we opened.  We think CT will be equally impressed.

On tap this week, in no particular order, includes the following beers…

Brewery Notes: The Calling is an undeniable IPA we were driven to make. It’s our tribute to like-minded dreamers, adventurous spirits, and glass half-full optimists. It’s also our most heavily hopped beer ever, bursting forth with unmistakable tropical fruit and pine hop aromas and flavor supported with a slightly sweet malt character, tapering to a crisp, dry finish. Heed your call and enjoy.

Brewery Notes: Most breweries have at least one piece of equipment that’s just a bit persnickety. Here at Boulevard we have fermenter number seven, the black sheep of our cellar family. Ironically, when our brewers were experimenting with variations on a traditional Belgian-style farmhouse ale, the perfect combination of elements came together in that very vessel. You could call it fate, but they called it Tank 7, and so it is. Beginning with a big surge of fruity aromatics and grapefruit-hoppy notes, the flavor of this complex, straw-colored ale tapers off to a peppery, dry finish.

Brewery Notes: Boulevard Ginger Lemon Radler is a zesty, refreshing take on the tradition of mixing beer with soda or lemonade to create a light, thirst-quenching beverage ideal for warm weather. Radler (literally “cyclist,”) takes its name from active German sportsmen of a hundred years ago, but our version tastes just as good even if you do nothing more strenuous than lifting it to your lips

Brewery Notes: Deriving its name from Edgar Allan Poe’s classic tale of madness and murder, our newest Smokestack Series release takes a predictably lighthearted approach to the subject of sourness. The subtle acidity of Tell-Tale Tart is answered by a soft, biscuity malt character, making this a sour ale that suggests, rather than announcing its tartness. Beginning with a bracing sharpness at first sip, the ale mellows on the palate to a smooth and faintly lingering finish.

Trumbull Kitchen is very pleased to announce a brewery dinner featuring the fabulous brews of Tröegs Brewery from Hershey, PA 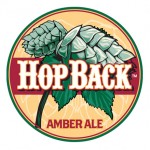 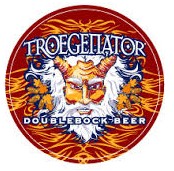 $65 per person (not including tax or gratuity) 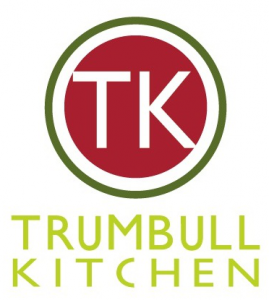 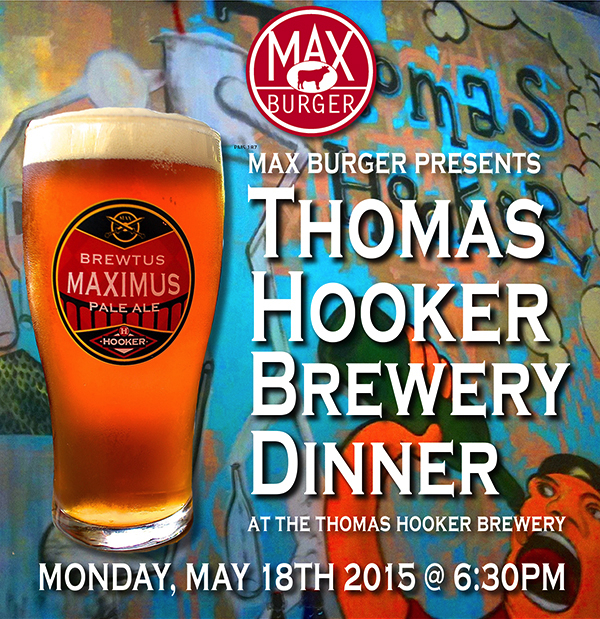 Max Burger and Max Catering & Events
are teaming up and going on the road for a
THOMAS HOOKER BREWERY DINNER
16 Tobey Rd, Bloomfield, CT
Monday May 18th 2015
6:30pm

(not including tax or gratuity)

Seating will be limited 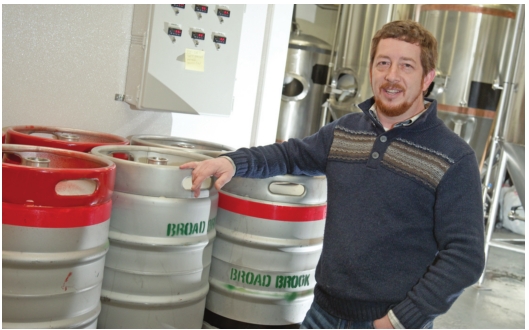 $60 per person
(not including tax & gratutity) 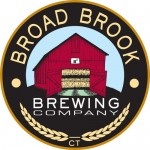 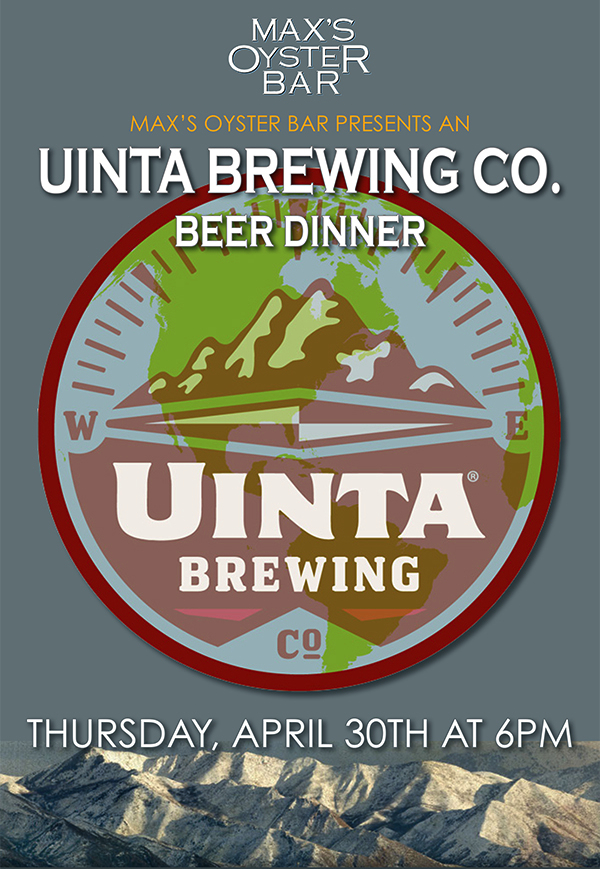 Founded in 1993, Uinta Brewing has been making eclectic craft beers in a wide range
of styles and serving world class beers to good people in better ways, ever since. Since
2001 Uinta Brewing has been 100% wind-powered, becoming the first Utah company to
reach this mark. In an effort to continue its commitment to using renewable resources,
Uinta Brewing installed solar-electric paneling on the brewery’s roof in 2011.

Max Burger Longmeadow is very pleased to announce the next installment of its 2015 Brewery Dinner Series, with Massachusetts’ native brewery Harpoon.

Joe Companion from Harpoon Brewery will be on hand along with plenty of Harpoon Beers – both favorites and limited releases will be poured.

Beer-Ception at 6:00pm with a special Harpoon tapping

$60 per person, not including tax or gratuity

Max Burger Longmeadow is located at 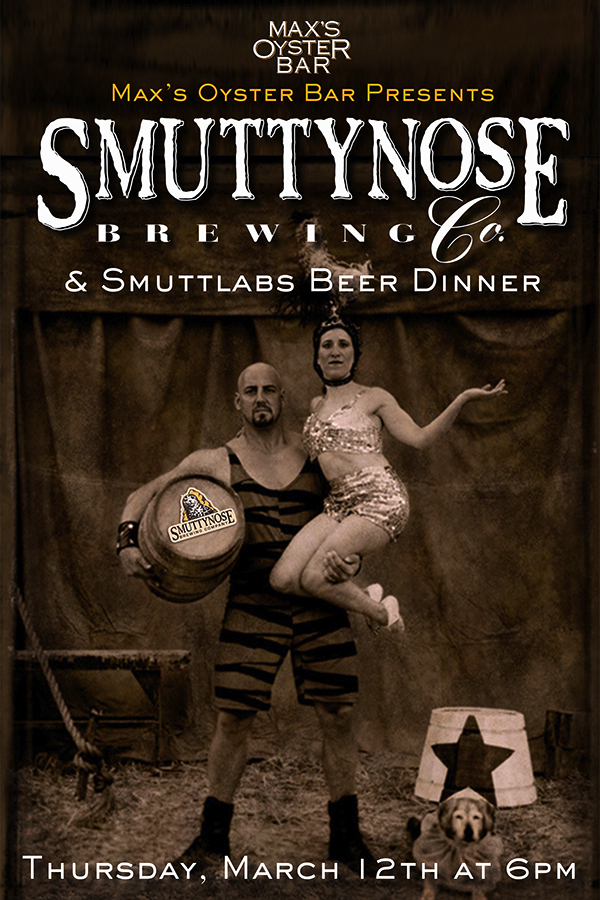 $65 per person
Not including tax or gratuity

This summer Sierra Nevada Brewing, one of (if not the) leading Craft Brewer in the United States, set out on a summer long tour and festival drive.  Taking their bus and brewing genius across the country, the folks for Sierra stopped over in Festivals from Californai to Maine.  Along the way they created and made a series of beers that are as unique and varied as any out there – all in conjunction with 12 other craft breweries.  You can read about this huge collaborative effort on the Sierra Nevada Beer Camp webpage by clicking here.

To celebrate this huge endeavor, Max Burger in West Hartford will be featuring a selection of these collaborative brews from the Beer Camp collection, starting today with the Sierra Nevada / Three Floyd’s Brewing Co. Chico King Pale Ale.

3 Floyds has a reputation as the Midwestern kings of alpha (hops). Chico King is a mash-up of a mutual passion between these breweries for hoppy pale ales, and combines a uniquely robust malt body with intense citrusy and fruity new school hop varietals.

3 Floyds marches to the beat of their own (double kick) drum when it comes to collaboration, often partnering with comic book artists, tattoo parlors or heavy metal bands when inspiration strikes. These eclectic beers are coveted throughout the Midwest and some beers, like the legendary Dark Lord Imperial Stout, have spawned something akin to a beer-themed holiday in the brewery’s hometown of Muenster, IN.

On tap today, come into Max Burger West Hartford to taste some of this very limited production beer.  We will be following this up with a selection later in the week, including other Beer Camp collaborative brews, such as:

Sierra There and Back English-style Bitter, brewed with New Glarus Brewing in New Glarus, WI